The kingdom of Rhell was once a prosperous land. Then the Veil broke and the kingdom devolved into madness. From the tear in the Veil came a thick fog and with it monsters, demons and a curse driving the living mad. Strange magics permeate the fog and mystical bound artefacts fill the land, awaiting those that would claim them and define their power.

You are the Accursed. Those who still retain their minds while the world around you crumbles. Your warband will venture across the land, fighting in battles, hunting monsters and collecting artefacts. Succeed and you will gain powerful treasures and new skills. But with each death you will fade away, losing yourself until only a husk remains.

Fade Beyond the Veil is a miniature wargame and RPG for 1+ players. Create a warband, outfit them and take them into battle against the beasts and horrors that fill the land. Succeed in battle and you will gain points to purchase new skills and spells for your fighters or recover Bound Artefacts with the potential to be powerful weapons. But failure and death have a price, each time you fall your Accursed will fade, their mind fracturing and they will lose their skills until they are nothing but empty shells.

Fade Beyond the Veil was created using the Lumen system originally as an entry into the Lumen Jam.

Fade Beyond the Veil features:

Purchasing Fade Beyond the Veil will give you:

Fade Beyond the Veil is part of the Lux Collective, check the page for some other great LUMEN games.

A free Quickstart for Fade Beyond the Veil is available and contains the prototype core rules to play, a premade set of 3 fighters, 4 enemies and a scenario to try. *

*All text in the Quickstart is not final and has been updated for the full release.

In order to download this game you must purchase it at or above the minimum price of $8 USD. You will get access to the following files:

Support this game at or above a special price point to receive something exclusive.

If you can't afford a copy of Fade Beyond the Veil please feel free to download a community copy.

For each fully price purchase of the game I will add an additional copy to the Community copy pool.

If for whatever reason you are unable to afford the asking price for Fade Beyond the Veil you can purchase a reduced cost copy here. No questions asked.

This is the full version of the game and will be identical to the full release.

Hey I've just sorted and uploaded a print-friendly version. There's a spreads or pages version. I hope you enjoy. 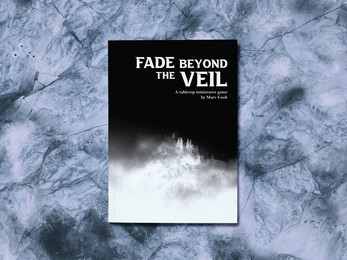 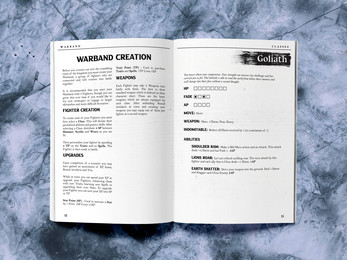 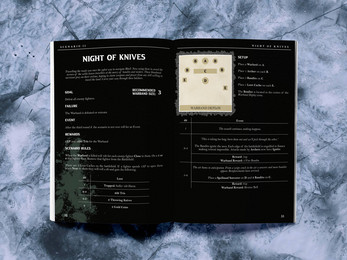 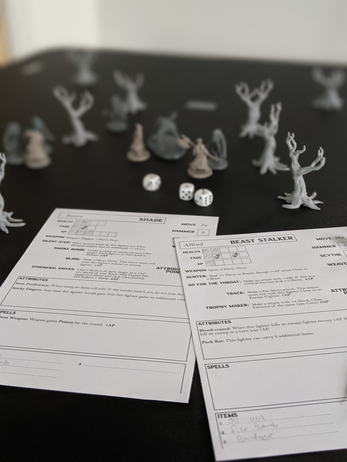